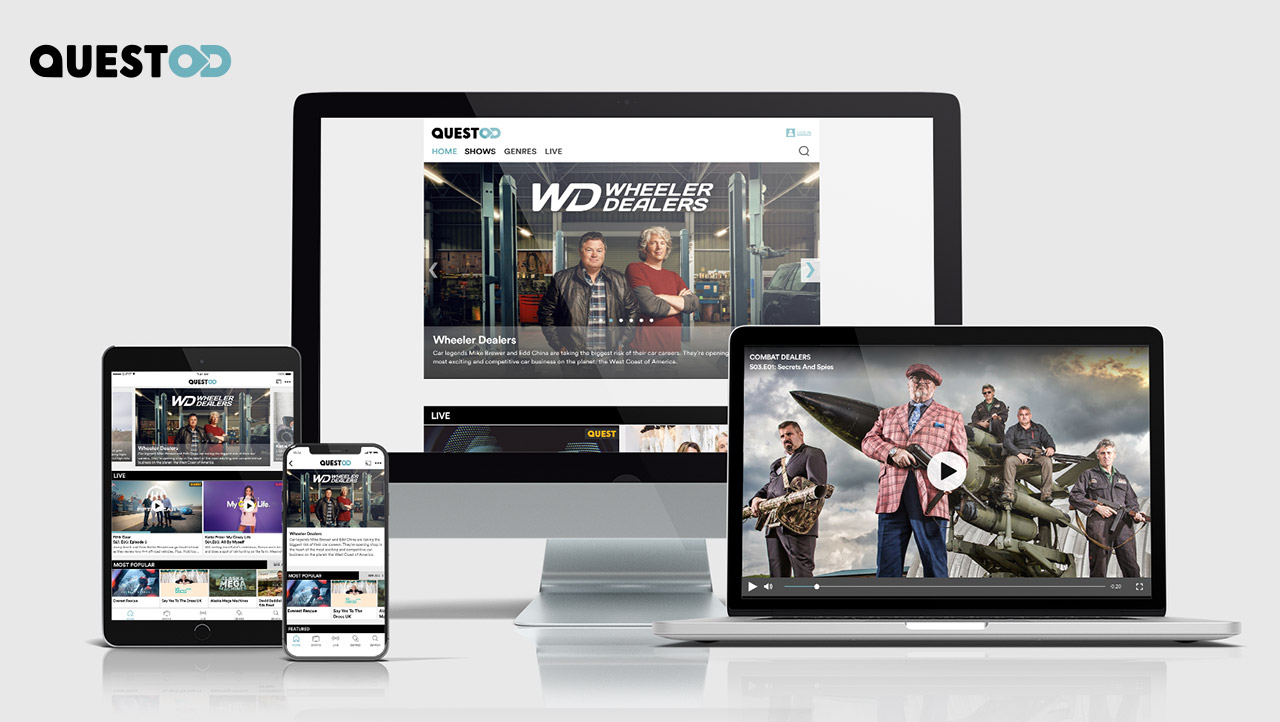 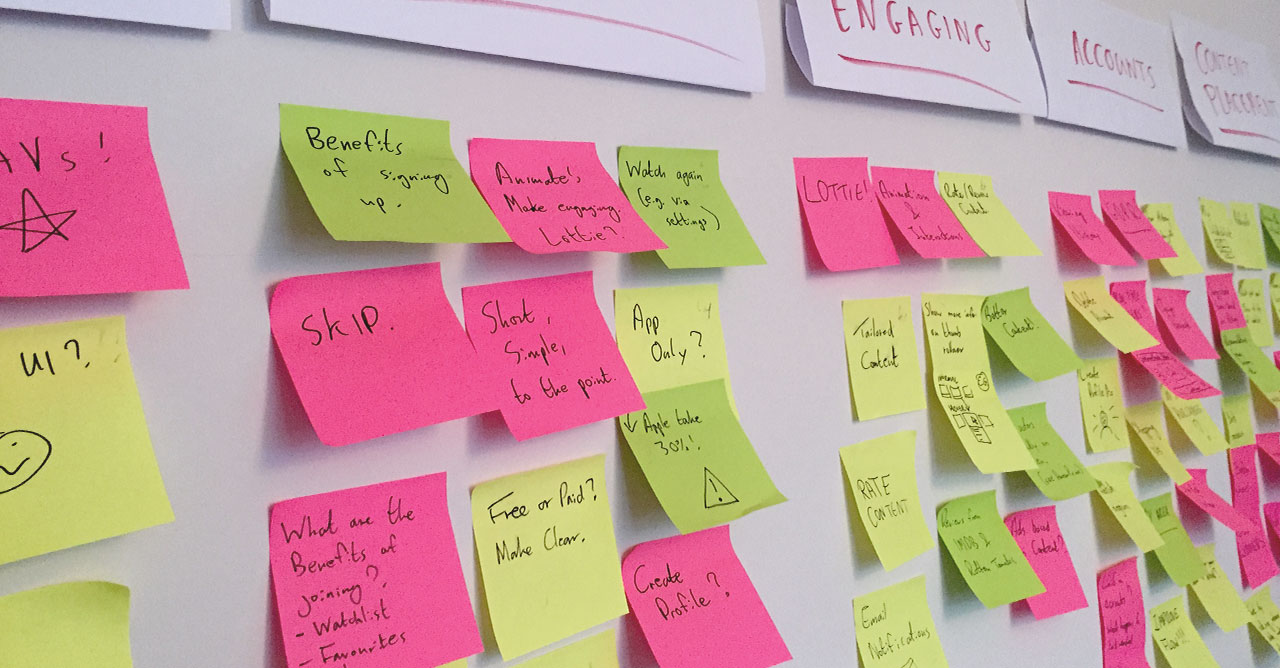 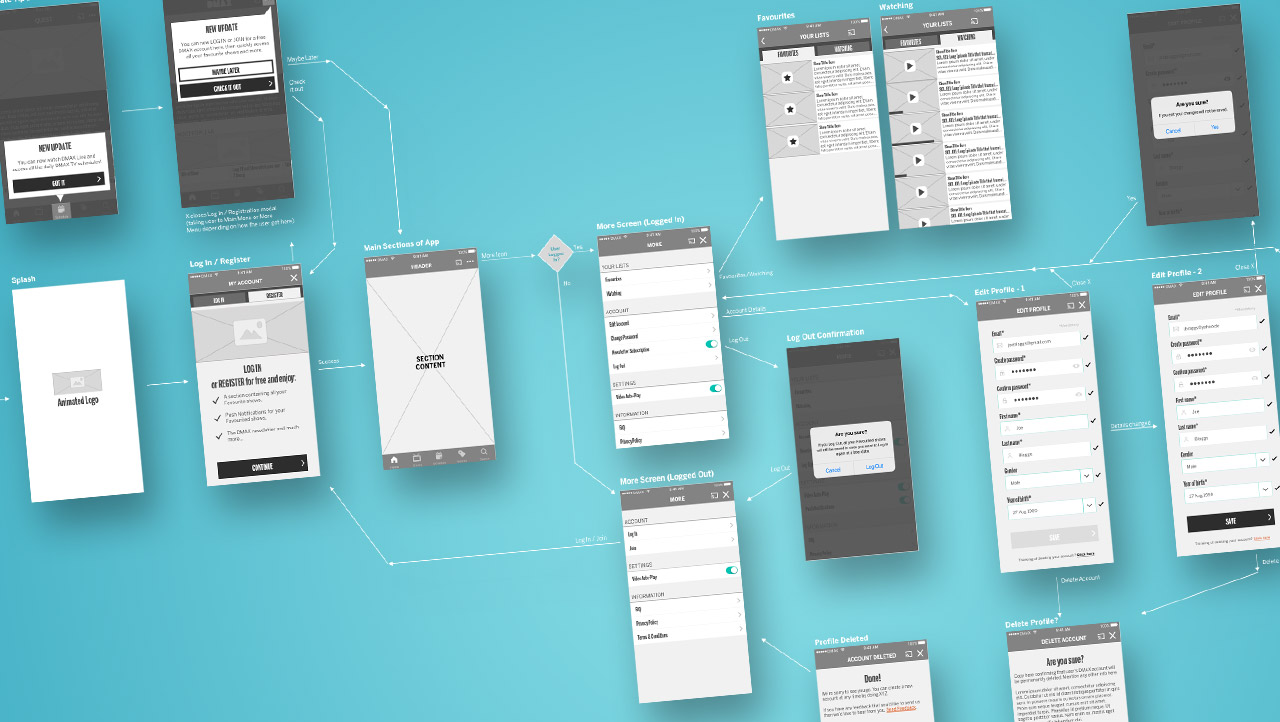 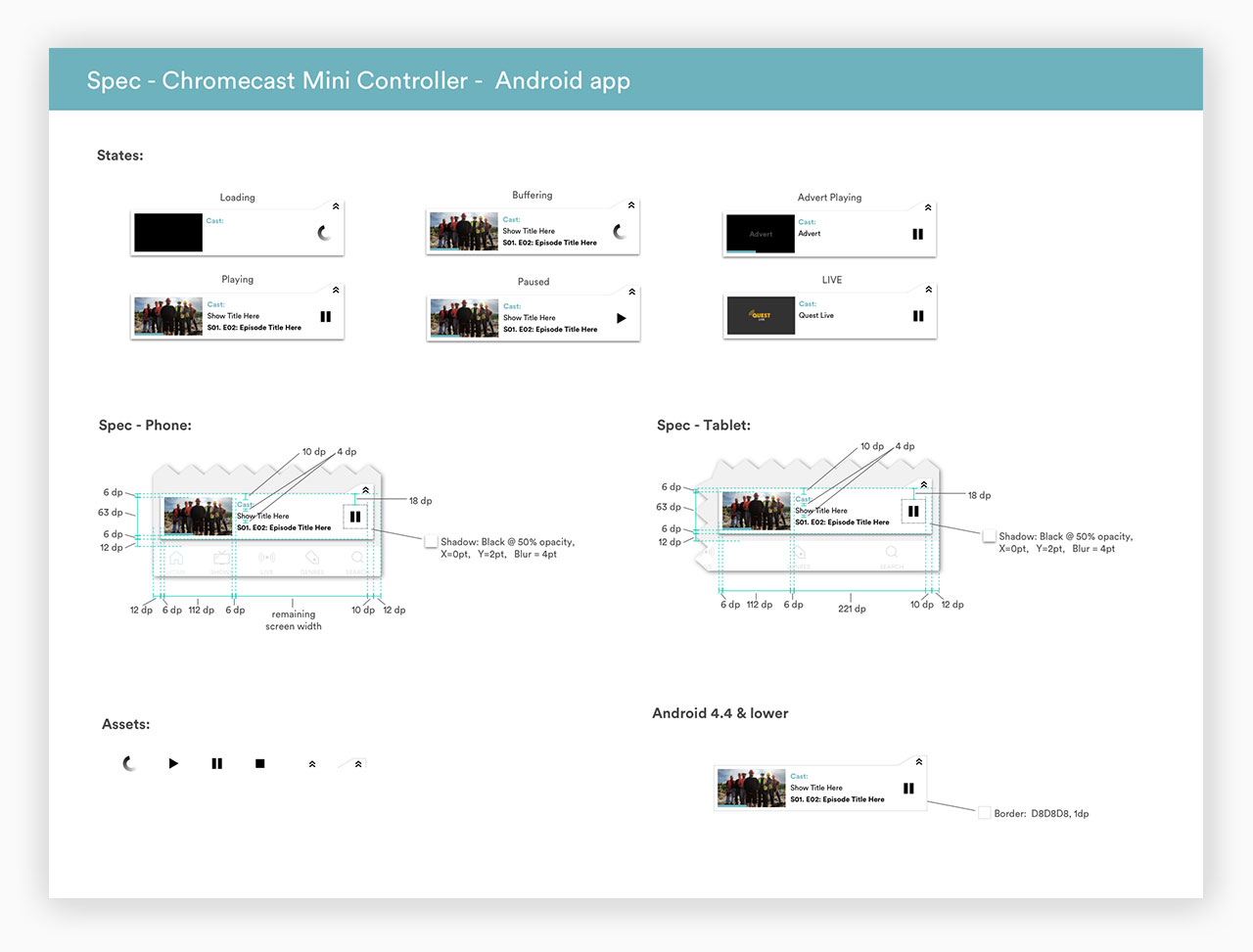 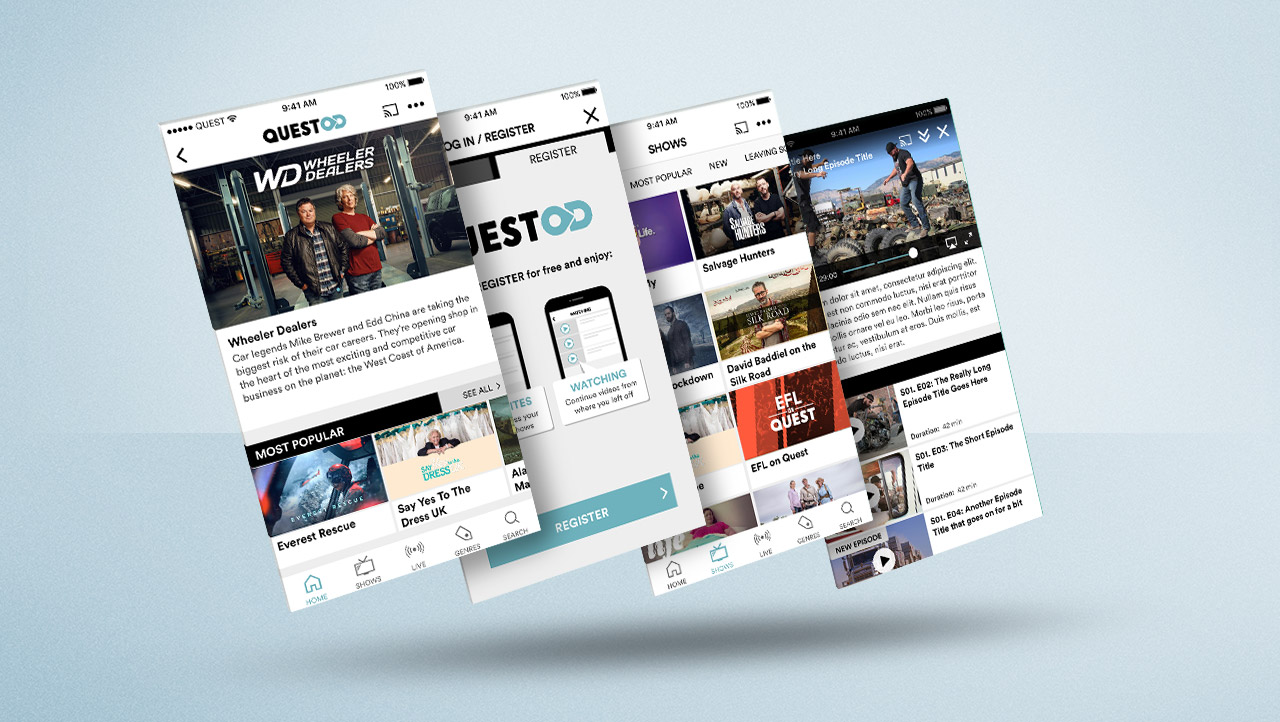 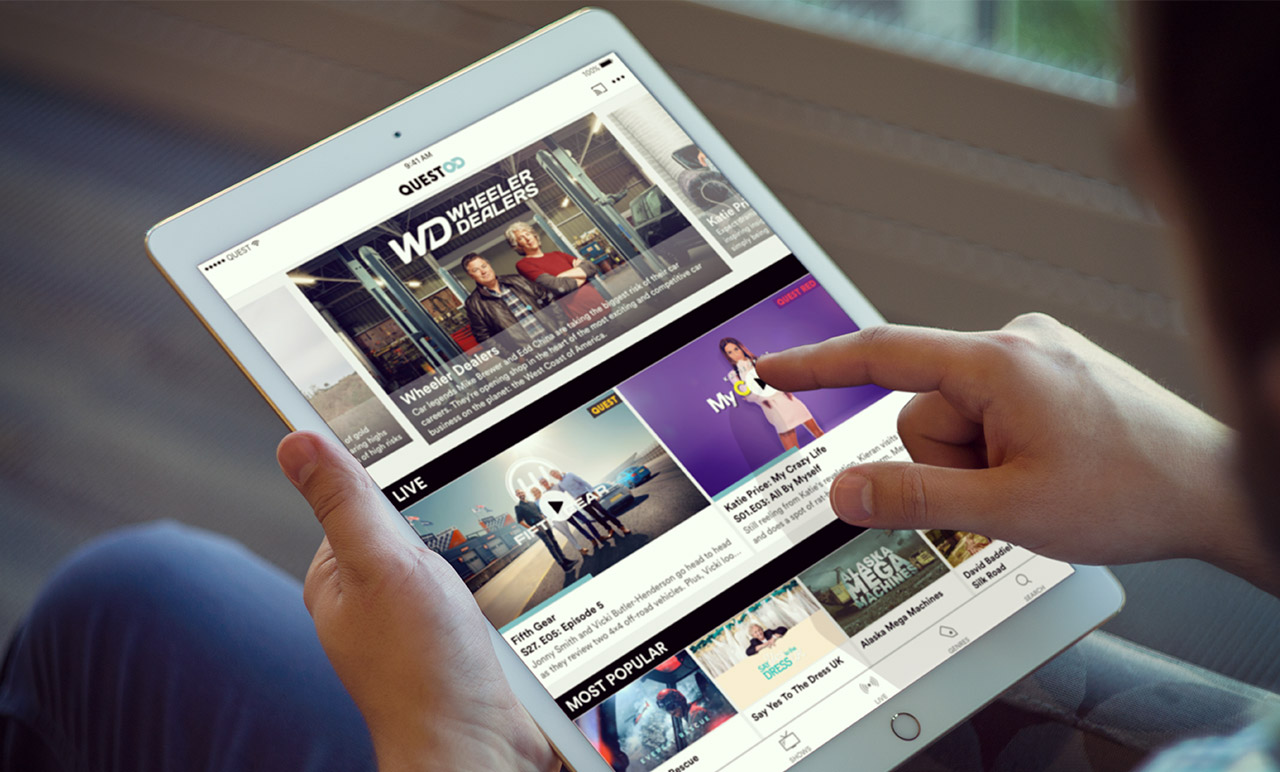 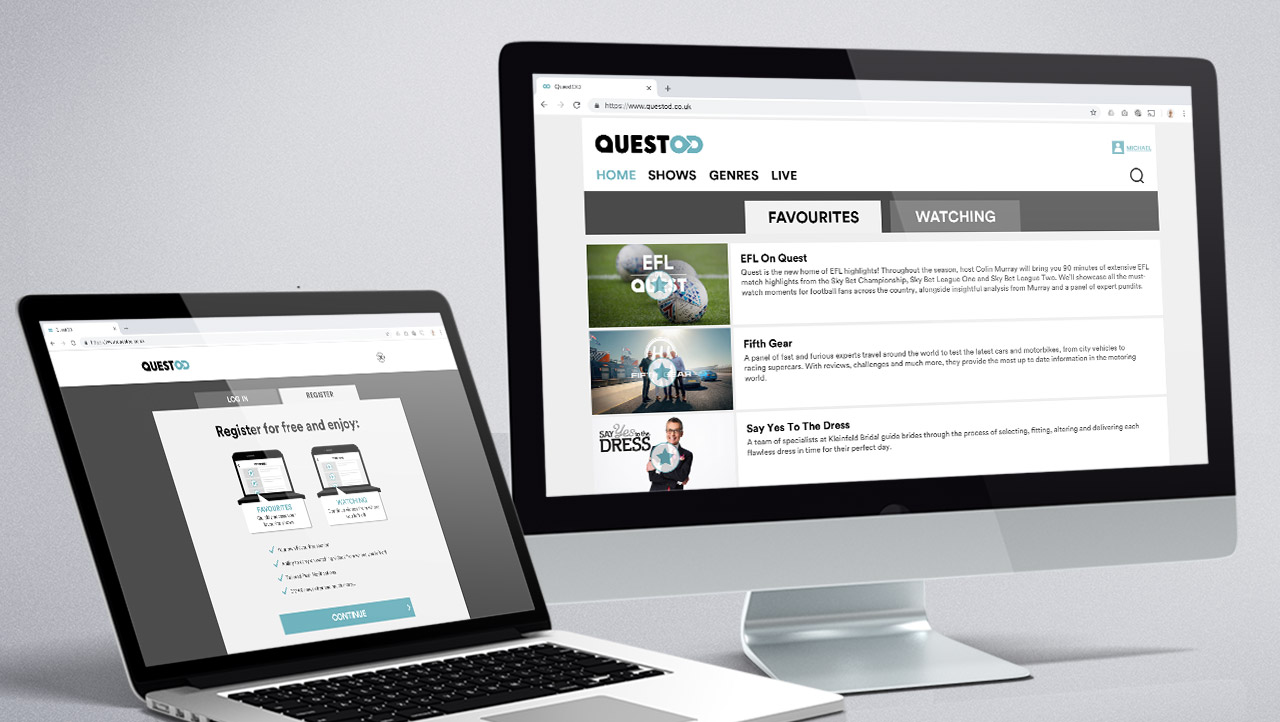 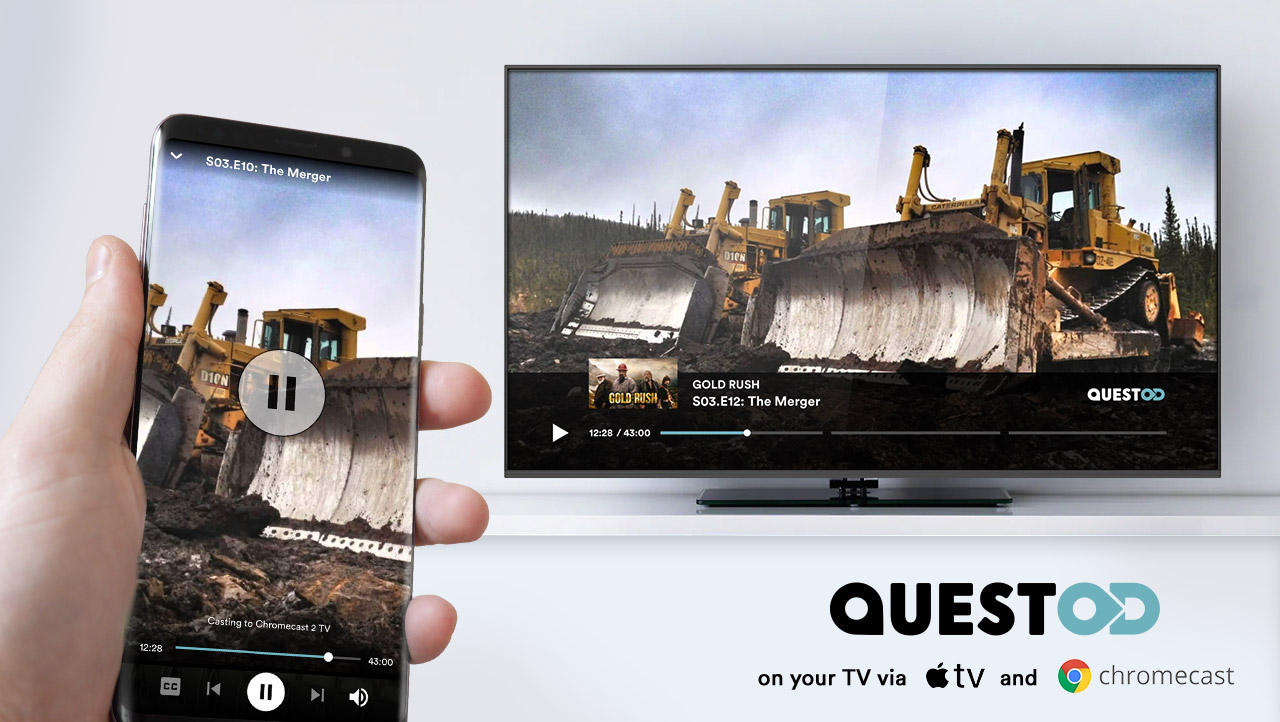 App promo video created by me for the Google Play store.

Discovery Networks are one of the largest media and TV content providers in Europe, broadcasting channels such as the Discovery Channel, Animal Planet, DMAX, TLC and more. Amongst their numerous channels, Quest (and Quest Red) are one of their largest and most popular.

The project I was involved in was aimed to create a new Quest website and set of apps (iOS and Android) which would offer VOD and Live video content from a new Video Management System created by Discovery.

I worked alongside 2 other designers with my role being focused on the design of the mobile apps, the Chromecast Receiver app and also some features of the website. The layout of the website and apps were adopted from a white label product that I had worked on at Discovery, with some customisation to allow for extra features such as providing Live Video content, user account and log-in sections, etc. I created prototypes for new features using InVision or through the creation of walkthrough videos (e.g. to show interactions or animations that InVision could not convey) and would regularly showcase these designs and new features to relevant stakeholders and devs. Approved designs were supplied to developers using Zeplin and I created detailed specs for components where appropriate (e.g. to show which parts would be responsive, which parts fixed, etc.). During UAT testing, I was responsible for checking all designs and ensuring new features worked as expected. For the launch of the apps, I created a 30 second promotional video for both Apple and Android apps for use on the stores. After MVP had been released, I worked alongside the project co-ordinator to identify and action certain improvements and new features based on business requirements from the stakeholders and from user feedback on the app stores. Future improvements included support of Airplay and Chromecast for which I designed the UX, UI and visual design.

The resulting products proved to be very successful. The websites and apps were launched on time, on budget, with positive feedback from stakeholders and users and a significant increase in website hits and traction.